Who worked the hardest in training?

Lampard: Who worked the hardest? I would have to say John Terry is the hardest worker. I think I joined the club and John was 18 and he was already outstanding for how hard he worked at his game. Very talented and he made the most out of every talent he had. Extra training every day, every session he was at 100%. So, he stands out as the hardest trainer.

Who wasn’t the best trainer but turned it on in games?

Lampard: The person who wasn’t the best trainer but turned it on in matchday was Ricard Carvalho. Back in the day, he was quite often in the medical room during the week getting massage, didn’t train at full pelt during the week but come on game day, he could defend against anybody and was a great player.

Who was always early for training?

Joao Felix has been an outstanding player since the start of his career.

I think extra training is not necessary today. You should go home now.

The player who stood out as a defensive leader was spoken to by the scout.

Arsenal finally turned on after 30 minutes from kickoff.

Our dressing room is next to the medical room.

When they were dispossessed, all defenders tried to be racing back at fill pelt.

Van Dijk would be able to defend against anybody.

Both teams are preparing very well for this weekend.

Where’s the physio room? I wanna get some massage!

Ronaldo’s dedication to his health is just brilliant.

1. ディフェンスのリーダーとして目立ったその選手はスカウトに話しかけられた。
The player who (     ) as a defensive leader was spoken to by the scout.

3. ジョアン・フェリックスは彼のキャリアのスタートからずっと傑出した選手である。
Joao Felix has been an (     ) player since the start of his career.

4. 今日は追加トレーニングは必要ないでしょ。すぐ家に帰りなさい。
I think (     ) is not necessary today. You should go home now.

5. 両チームが週末に向けて、とてもよく準備をしています。
Both teams are (     ) very well for this weekend.

7. ロナウドの健康に対する献身は、本当に素晴らしい。
Ronaldo’s (     ) to his health is just brilliant.

11. ボールを失ったとき、ＤＦの選手全員が全力で戻ろうとしていました。
When they were dispossessed, all defenders tried to be racing back (     ).

Thank you very much FourFourTwo ! 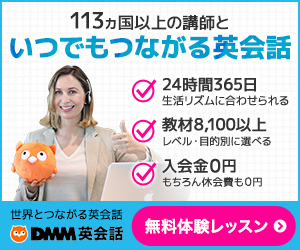